Tonight, December 13, we are in for a special treat from one of the best meteor showers throughout the year: the Geminids!

The Geminids will be visible all throughout the night sky, seeming to originate from the constellation Gemini. This shower is also one of the most spectacular, both due to the number and the fact that it occurs during the cold months, when skies tend to be clearer and more favorable (with the exception noted under “bad news” below) to viewing. 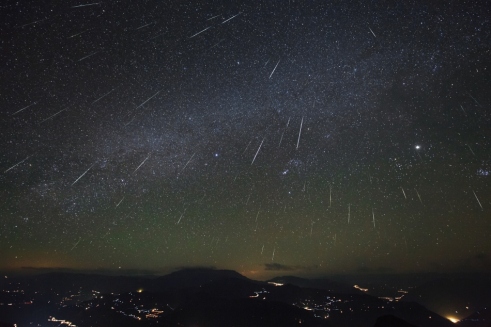 This is where the exception, or rather exceptions, I mentioned above come in. First, we have a full moon tonight. This one is also a so-called “supermoon”, when the Moon is not only full, but at it’s closest approach to Earth, which means it will be a bit brighter than normal. That means it will be a bit more difficult to see meteors tonight.

Also, if you are in the United States, you’ll be dealing with this: 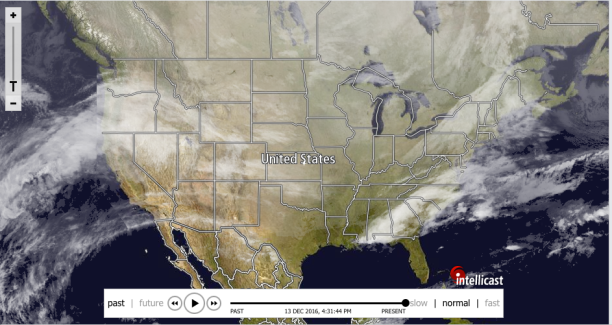 Current cloud cover in the US – via Intellicast

Yes, much of the U.S is experiencing at least some cloud cover at the moment, which will not make viewing any easier. Trip to Mexico City, anyone?

So get out there, brave the elements, have a good look at that beautiful supermoon, and hope to catch a shooting star or two!

H/T to NASA, always an excellent source of information.