I recently read Matt Walsh’s post about the four reasons why women should not see (or read, for that matter) Fifty Shades of Grey. Basically, he points out that if you are smart, feminist, Christian, or just aren’t in to “stupid marketing ploys,” then you shouldn’t be taking part in any of this nonsense. Rather than rehash his four points, I want to focus specifically on one aspect of this hullabaloo that I think is very important: the dignity of man and woman. 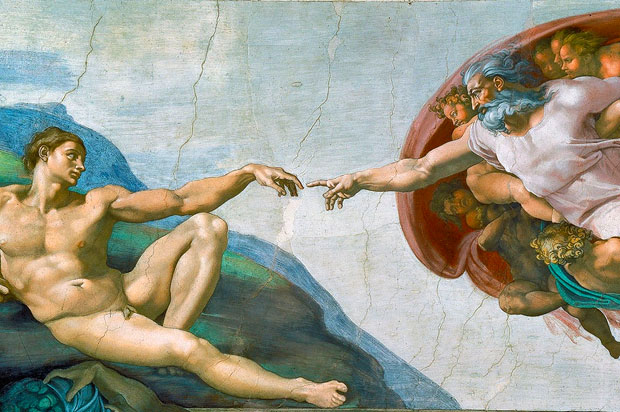 My dear sisters, whether or not you are Christian, you must see and recognize the special dignity that each of you possess. Not only does this work play to the lowest common denominator in terms of readability, but it displays the female sex as something that is less than her male counterpart, dominated by his wealth and power. How would you feel if your daughter or sister were reading this book, or watching this movie? Would you want them to form their ideas of womanhood off of the notions contained in this work?

Let me put it this way: to be a true feminist, one must uphold the beauty and dignity of the female person in all her glory. After all, “a woman is to be found at the center of [salvation history]” (Pope St. John Paul II’s Letter to Women). There is no greater dignity than this, to follow in the footsteps of Mary, giving one’s “fiat” to the will of God in her life, no matter where He may take her. Through the female sex springs forth life, in both physical and spiritual motherhood. Yes, each person has a different vocation, but the call to motherhood, I believe, exists in every woman, just as the call to fatherhood exists in every man. This beautiful life-giving call, no matter how it is expressed, must be nurtured and respected in all of its glory, not denigrated and subdued in works such as Fifty Shades of Grey.

Besides, there are much better movies for you to go see!

My dear brothers, whether or not you are Christian, you must see and recognize the special dignity that each of you possess. While it seems the majority of the audience for this movie and the books is female, there are men that read these works. There are also men that have no problem with their wives, sisters, and daughters reading these works, or if they do they don’t say anything. Brothers, we are better than this! First of all, we need to stand up for the beauty and dignity of the female person. The duty rests with us to walk with, protect, and support the other sex. By staying silent, by not saying anything about these books, we are falling down on the job. When we do stand up for the dignity of womanhood, we must do it in respect and charity, keeping in mind that we are all God’s children.

Second of all, we need to stand up for the dignity and beauty of the male person! Fifty Shades of Grey, a work that reaches disgustingly pornographic proportions, reduces the male person to someone who only acts on lust and desire, seeking to control women for his own whims. Aren’t we above this sort of drivel? This goes beyond displaying chivalry or merely treating women correctly; it all leads back to remembering the intrinsic human dignity of all human persons, ourselves included.

I suppose there will be some who won’t like these ideas. Oh well. We are not here to be popular; we are here to uphold love and truth, in all its glory.