Ah, everyone’s favorite planet! Fresh from the Cassini mission, this picture shows the sheer immensity of the sixth planet orbiting Sol. To give you an idea of how big it is, look in the lower right-hand corner and you will notice one of its moons, Tethys. To give you some reference point, our own moon is only about 3 times as large as Tethys. You could fit 763 Earths inside Saturn itself. 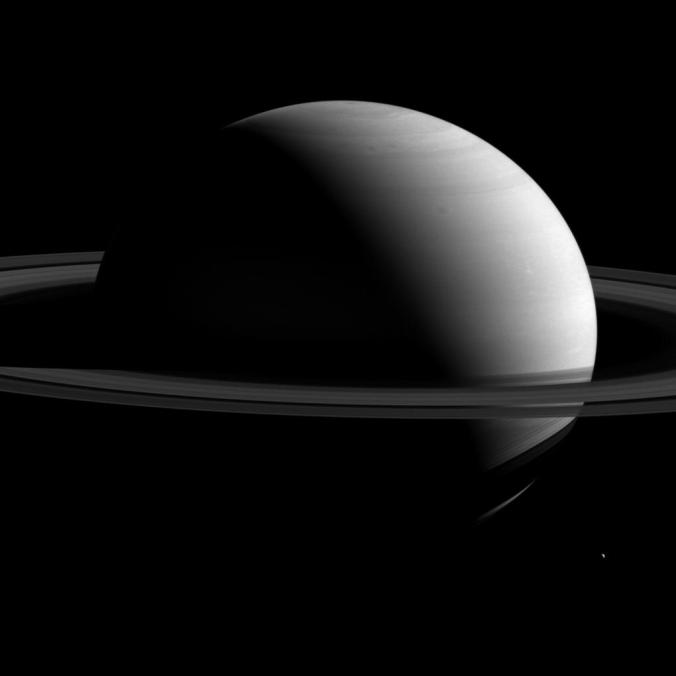 From JPL/NASA: This view looks toward the sunlit side of the rings from about 8 degrees above the ring plane. The image was taken with the Cassini spacecraft wide-angle camera on March 7, 2015 using a spectral filter that preferentially admits wavelengths of near-infrared light centered at 752 nanometers.

Tethys has been brightened by a factor of 2 to increase its visibility.